All students attended an act of remembrance in the morning of 11/11/21 to those who have given their lives for others. There was involvement from the CCF as well as the playing of several emotionally moving musical numbers and readings. The wreaths were laid by John Wiggell of the CCF and the Headteacher, Philip Horstrup. Additional crosses had been made by students and laid around the school. Thank you to all those involved, in particular the Sixth Form Prefect Team.

This was the last Remembrance Service held in the Hall of DGSB before our move to our new building in spring 2022. 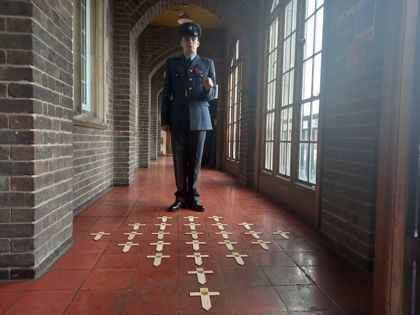 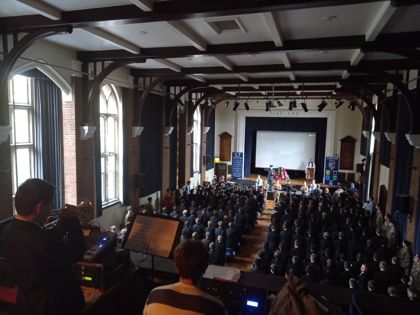 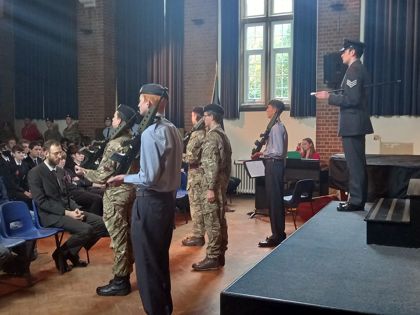