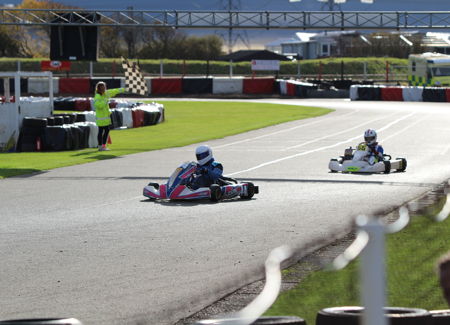 Year 8 DGSB student Jack Brown has been going from strength to strength in the world of Go-Karting, so much so that we are incredibly pleased to tell you that Jack is now officially the Winter LIKC Rotax Minimax Champion 2022!

Jack completed his final round recently, winning heat two and beating last year's cadet champion. In the final he came second, finishing over half the track in front of his closest Championship competitor, resulting in Jack winning the LIKC Winter Championship.

Jack started training early in 2021, after having to make a huge sacrifice of quitting his football team to focus on Go-Karting.

In his very first race, Jack raced at Lydd Kart International Club Winter Championships, coming second in his first heat and fifth in his second heat. In the finals, he won his first trophy by coming third in his Mini Max Class.

A massive well done and congratulations to Jack, we are proud to have you as part of Team DGSB!