After a couple of false starts due to the inclement weather, the DGSB Sports Day concluded with Priory House winning the Championship Shield for the fifth time in eight years. Three exciting days of sprint heats plus track and field events resulted in two school records being broken. Namyong Thebe (7 Priory) broke the Triple Jump record by over 1 metre whilst Noah Paterson (9 Channel) had the crowd on its feet roaring him home in the 1500m as he broke a long-standing record (1978) by over 3 seconds.

Congratulations to all of the athletes who earned valuable House points throughout the three days and to those who gave continued vocal support to their peers.

Team DGSB at its finest. 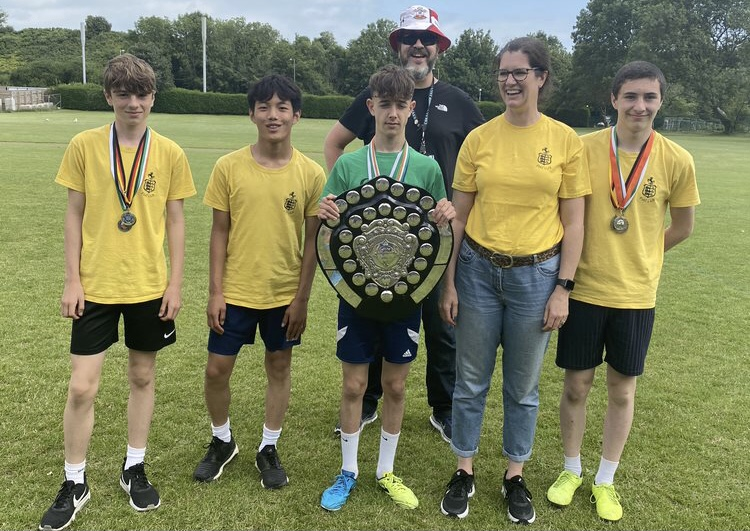 Dover Grammar School for Boys
*
Cookie Notice: We use cookies on this site to improve your user experience.
Accept Find out more