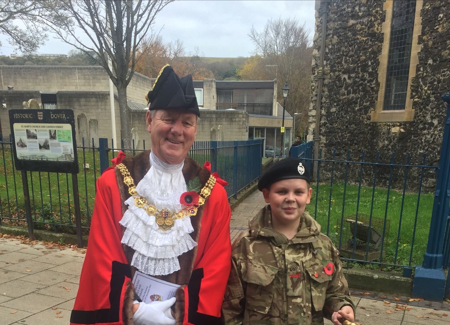 As part of his role in the Combined Cadet Force (CCF), Year 8 student Connor represented DGSB at the Remembrance Day Service in Dover. Connor was selected to be the Mayor's Cadet, which meant that he accompanied the Mayor on his Remembrance Day activities, including the key job of holding the poppy wreath for the Mayor to place at the foot of the war memorial in the centre of Dover.