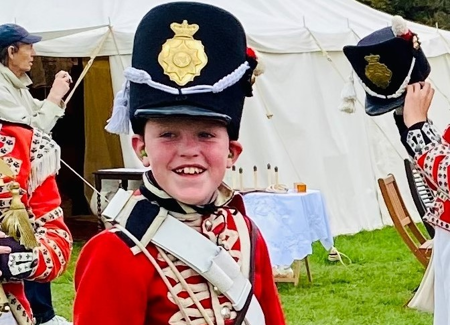 DGSB Year 7 student Callum takes part in an exciting extra-curricular activity. As part of H M 1st Foot Guards 1815, Callum is a drummer boy in the Band which feature in historical reenactments at heritage sites across the county. Recently he spent the weekend at Hole Park in Kent, successfully repelling the French from Albion's shores. The Band rose before 7 a.m. each morning and marched through the morning mist in full uniform to wake the camp. On passing the French camp they played 'Rule, Britannia!', followed by 'We all live in a Yellow Submarine'. They formed the centrepiece of the parade on the Sunday. Callum has also been drummer boy at events at Dover Castle. 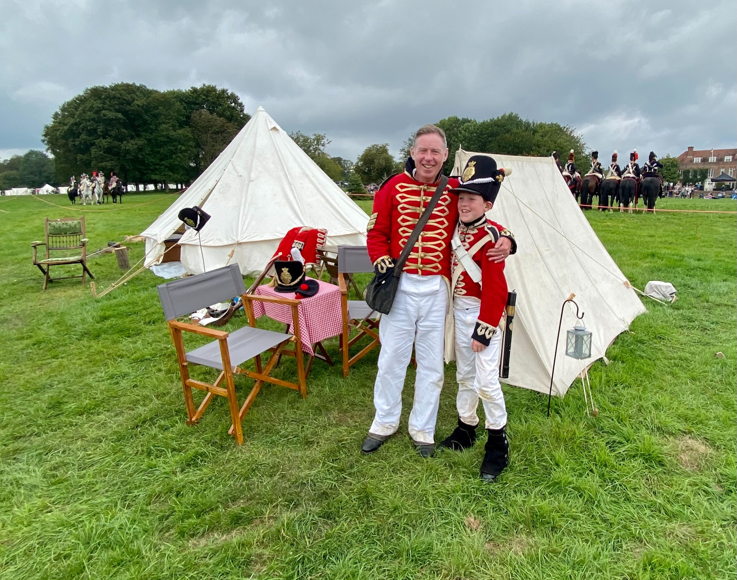